[On the road] Gold and wine in Malcantone and Lugano

View from the railway station to the city and the lake of Lugano.

As soon as we reach the other side of the tunnel, we already forgot the doubts that have occupied us less than 20 km away and the path towards the land where lemons bloom inspires us once more. Unanimously, we agree that even an hour of traffic jam is nothing compared to two and a half days in Ticino with a full programme.

Lugano Region, the tourism organisation of Lugano has invited us for the weekend on the Malcantone & Wine Tour as well as the overnight stays at Hotel Federale in Lugano. For the first time our children (12 and 7 years) accompany us on such a tour and we are still wondering along the way about how to make the wine excursion interesting for them as well.

Typical traffic jam at the Gotthard tunnel.
Hotel Federale - morning on the terrasse
Hotel Federale, across the railway station.
4 pair of shoes on tour.

Admittedly, a meeting point in Ponte Tresa, 25 minutes by train from Lugano on a Saturday morning at 8 a.m., does not trigger any enthusiasm among the kids at first. However, once inside the train the world looks completely different as we are on our way through beautiful nature, along lakes (and a mini airfield) to the small border town with no small traffic at all. We have some coffee and croissants in the Hotel Tresa Bay, which is not too attractive from the street side, but compensates for this on the lake side with beautiful views and a very relaxing atmosphere directly on the lake.

We move on quickly and board a narrow, small bus which takes us to the old gold mine of Sessa in the region of Malcantone. That is the Swiss region that stretches north of Ponte Tresa up to Lake Maggiore, all along the border between Italy and Switzerland.

Ponte Tresa at the lake of Lugano.
Mining workers with passion.

Our guide, who accompanies us throughout the day with entertaining stories, tells us that according to one theory the name Malcantone (literally translated: „bad canton“) could originate from the many smugglers who used to work here. Or it might be a reminder of bad weather in this part of Ticino?

Passing vineyards and chestnut forests dotted with hiking trails, we arrive at the old gold mine near Sessa. 100 years ago, commercial mining was carried out here. After several decades of closure, thanks to the commitment of a group of volunteers from the region, the mine was reopened as a museum mine in the spring of 2018. Equipped with helmets and curiosity we explore the old tunnels and experience how gold and ore were extracted from the mountain in laborious work. Mutual opinion of the kids: much more exciting than school hours, although you learn a lot!

Pretty landscape with gold below.
Hard work more than a hundred years ago.
All ready to go into the mine.
Helmets for everyone.
Holy Barbara protect us.
14 meters on ladders into the depth.
Peter guides us through the mine.
The small museum.
Jackhammer brought a lot of relief.
Another aid for the workers...

After the cold and confinement in the gold mine, all four of us enjoy the warmth of the sun and the spaciousness of our next stop, the Tenuta Tamborini Vallombrosa winery in Castelrotto. The family business, now in its 3rd generation, is one of the larger producers in Ticino. While we are tasting excellent wines, the children play among the vines and enjoy the Ticino delicacies that are part of every Ticino wine tasting. We get a Bianco and two different Merlots for testing.

The garden of the B&B Vallombrosa
We tasted three wines.
Port and grappa
There is no wine tasting in Malcantone without local delicacies.
Warm welcome and inside knowledge at the tasting.
After a couple of glasses one seems lost.
One of ten art rooms in the old converted barn.

At noon we are being welcomed in Bombinasco in another family business. Since the 1960s, the Meni family has been serving their guests in the authentic Ristorante Giardino underneath a very charming roof of vines. Once again it is proven that in Malcantone great emphasis is being placed on traditional and local quality, and we enjoy the insider tips „off the beaten track“, which we are being let to by a guided tour of the official tourist information. We wouldn’t have found here by ourselves, and then would have missed a really tasty lunch.

After exploring the alleys of the village (which was rather fast) the children unpack their backgammon and spend their lunch break playing.

After working at Suvretta House in St. Moritz and the Fischerzunft in Schaffhausen (a.o.) Daniele Meni opened his own restaurant.
Perfect ambiance for a lunch in Malcantone.
Craftmanship and art.
Asparagus on a sauce with local wild garlic.
Saltimbocca and risotto - and the kids are happy.
Grapes accompany us all day, as ice cream for desert.
With gesture and words ...

In the afternoon we arrive in the village of Sessa, and are being guided by Lindo de Ambrosi through his home village. His CV is exemplary for many in Malcantone: he left after graduating school and spent his entire working life as an engineer outside Ticino. The village, which used to have 14 pubs for 600 inhabitants, seemed orphaned and lonely for a long time. Slowly it is coming back to life; Lindo reports that more and more families and children are finding a new home here.

As he retired, Lindo returned and now knows many stories about his birth place and its historical connections: the arbitrary demarcation of Napoleon, the diverse careers of the villagers, such as the construction of the most stately buildings of St. Petersburg by Domenico Trezzini under Tsar Peter the First, or the history of smuggling. We hang on his lips spellbound, and could have listened to him for a long time into the evening – hadn’t another wine tasting already lured us away.

The Klausener family in Purasca is the next and last stop of our tour on this day. The family emigrated from French-speaking Switzerland to Ticino in 1982. At that time, the vineyards in their homeland were not affordable and in Ticino there were old and inexpensive vineyards with a promising climate.

With about 10’000 bottles a year, today they are a medium-sized producer, and also a pure family business with many helping hands. The last tasting of this day was very able to pursuade us of the Ticino wines as well. Besides the wines, we enjoyed a Nocino aged for 15 years in barrique. We learn that many families in Malcantone burn their own Nocino according to secret family recipes; we spontaneously get an idea for the next tasting trip…

In the evening we are invited to dinner at Il Fermento – you can read more about this here: Il Fermento – cool and welcoming at Lake Lugano.

Merlot grapes in their final stage.
Some people don't take it very serious...

We continue with our program on Sunday morning with a visit to the Fattoria Moncucchetto, a winery which is located rather in the middle of Lugano. Looking around, we estimate that the family would probably not have to work any more for a few generations with a sale of this property. The family, however, does not care and instead works in the vineyards from early morning to late evenings, aiming to create a perfect wine to their customers.

Recently the old farmstead was extended by a modern component, and its style fits perfectly into the landscape. Inside, we get a tour into the barrique maturation and enjoy the smell of the oak barrels in the damp cellar. The children learn about the making of the bottle fermentation of the two sparkling wines and we very much hope that one day they will make good use of this knowledge. As the wine is rather convincing, we buy some bottles of white.

Excellent. We had to buy some.
Davide explains us the bottle fermentation.
Innovative wine cellar from the architect Mario Botta.
Happy owners and happy guests.

We want to see more of Lugano and the Monte Bré is an indispensable part of the programme. We leave the car just above Lugano and take the Funicolare up to the 925 m high Bré. Once there we realize that it still takes half an hour by foot to reach the art village of Bré. There is supposed to be art in every corner, and against the wishes of the kids we pay a visit to the village. There really is art to be found everywhere in the village, but after 20 minutes of art we need some art for the stomach. The selection is not difficult, there is only one restaurant, the Salotto Bré.
Google is of the opinion that this is quite a good restaurant and so we decide to find out and take a place in the sun on the terrace. As it quickly becomes too hot, we dare to ask politely whether we can also take a seat in the lounge area in the garden. After assuring that we will pick everything up ourselves (because the lounge usually only opens in the evening), we are allowed to sit under shady trees and enjoy homemade pasta and a delicious pollo. Simple, excellent cuisine that reflects the spirit of the Osteria. The whole interior of the restaurant shows a lot of style, we definitely were not here for the last time. The kids have learned that it’s possible to enjoy the time in an art village, so in the end everyone was satisfied. With new found strength we are able to climb the way back to the top station of the Funicolare.
The train to Monte Bré is a bit bumpy...
Pretty village of Bré
Food and games in the garden of the Salotto Bré.

Was the short trip to Ticino worth it? Most definitely! The excursion which was done and organised by Lugano region was entertaining and interesting, the vineyards we visited were of high quality and very friendly, the nature was breathtakingly and very refreshing. The price-ratio of the excursion was unbelievable – where else does one get a day tour with a guided excursion, several wine tastings, a three course lunch and a visit to a gold mine for just CHF 50.00?

We already know that we are going to come back to Ticino and the kids are looking forward to their next stay as well.

Lugano Region offers a wide variety of activities, including many small excursions within the vicinity of Lugano, e.g. the  Food & Wine Tour. Bigger daily tours within this year include:

You can find more information in the map. 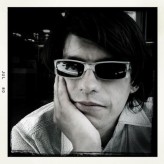